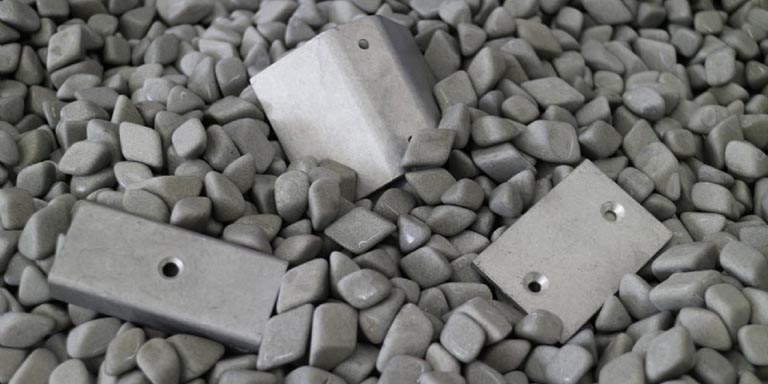 Vibratory finishing is an industrial process where materials get a finished look.

Vibratory finishing is a mechanical/chemical process usually done on a large scale.

Metallic components that have undergone the previous machining can make use of vibratory processes, and it is also applicable for non-metallic. 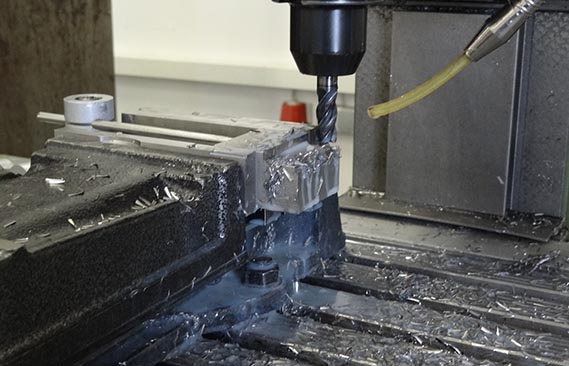 Vibratory finishing is excellent at removing grease and dirt from components after machining.

Where a vibratory finishing machine usually ranks is while deburring and creating isotropic surface finishes on, for example, a burr leftover from a drilling process.

Burrs are highly undesirable in industries and being able to remove them using an automated process — such as the vibratory finishing — is highly advantageous.

A well-tuned process can get your component a highly desirable high-gloss finish.

More applications range from intensive deburring and edge radiusing all the way to mirror image polishing.

In other words, from aggressive grinding to pre-plate surface finishes.

Descaling, reducing the edges, polishing, and rust removal are other applications of the vibratory finishing process.

A great everyday example where vibratory finishing helps is your cutlery polishing: knife, fork, and spoon.

It isn’t good eating with a rough-surfaced spoon.

Your metal cutlery undergoes smoothening with the help of vibratory finishing. 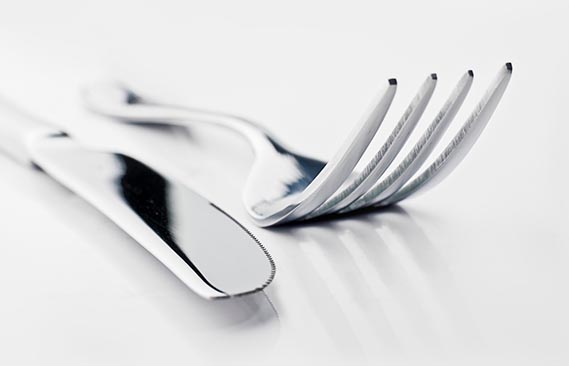 Workpieces are components that require finishing.

Media in a bowl that vibrates are mixed with the workpieces to achieve the finish.

The process is simple: the media aids in getting the desired finish of the workpieces.

There may be a supply line that will add a compound to your media.

You can add in rust inhibitors, or some additional polishing compound as well.

Media as a crucial agent for material finishing

The media functions as an abrasive agent to remove unwanted material from the parts.

It also acts as a cushioning for rapidly moving parts by serving as a carrier for compounds such as water.

The workpieces determine the shape, size, and performance characteristics of the media that must be selected for the job.

Water and compound are essential ingredients, not only for cleaning and passivating, but also pickling of the workpieces.

They also help maintain the abrasiveness of the media.

The industry use variety of media. 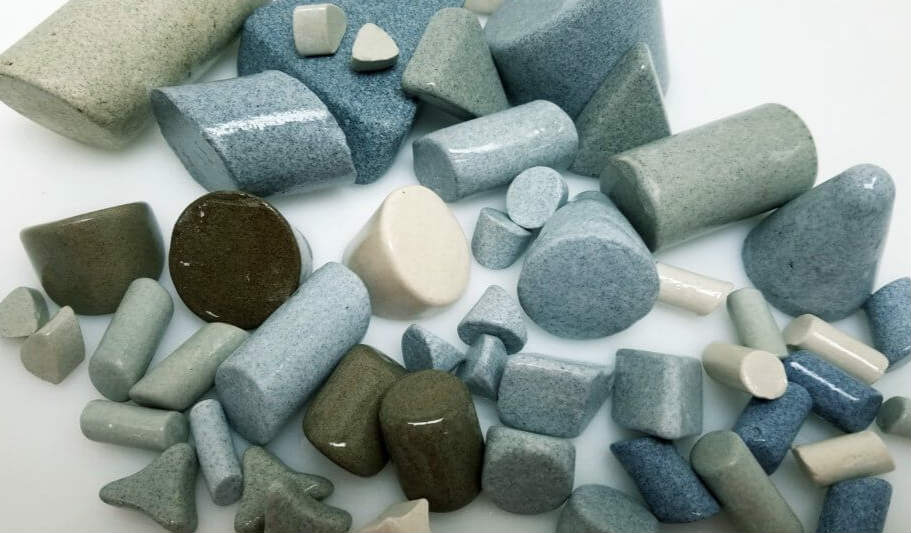 The usual media used in vibratory finishing are steel, ceramic, and plastic.

Sometimes, you have to choose the media by trial and error method.

Mixed pellets of media are also common such as stones, river stones, and tiles.

The next step is to choose the right shape and size of the media as this prevents workpieces from lodging and helps in easy separation.

Usually, the media sizes are significantly smaller than workpieces.

If workpieces are much smaller than media, inverse separation can be a bit of a hassle.

It will leave your bowl rougher if you choose bigger size media that are cheaper, cut faster, and have a longer life.

Striking a balance between media size and bowl longevity is essential.

Typically, the bowl of a vibratory finishing machine sits on springs, with a motor on the underside.

The vibratory finishing process involves basic kinematics (motion of objects) and components in the system.

Components include bowl that has different in sizes — 1/3 meter to over 1 meter, depending on the application.

To the container’s underside, we have a motor which has an offset mass attached to it.

The deburring process takes on a steady-state flow trajectory when the motor is on; It entrains the workpieces.

The relative motion between the media and the workpieces causes the deburring on the surfaces of workpieces to happen.

The oscillating movement of the processing bowl created by the vibratory drive system causes constant rubbing between the workpieces and the media.

Oscillating movement leads to the removal of material, especially from the workpiece edges.

The smoothing or cleaning process makes the bowl undergo the following kinematics: as soon as you turn on the motor, because of the offset mass present at the bottom, it sets up vibrations within the bowl.

The bowl induces the media to go into a steady-state flow pattern, and the workpieces become entrained within the media.

The relative motion between them is what removes material and gives you the desired isotropic surface finish.

The quantity and setting of the imbalance weights on the vibratory motor control the characteristic vibratory motion of the processing bowl.

When the button is released, the motor changes’ rotational direction back allowing the mix of media.

The vibratory motor speed is controllable, and it ranges anywhere between 900 and 3600 cycles per minute.

Amplitude is the maximum extent of vibration and it ranges from 0 to 5 mm.

In a highly automated industrial environment, workpieces made from carbon steel can be separated from the media with a magnetic belt separator in a batch-type operation.

Workpieces are picked up by the magnetic separator and passed over a demagnetizing zone integrated into the belt before transferring to the next manufacturing step for finishing applications.

The process runs in an open tub and allows you to observe if the required finish has been obtained easily.

You can run this process anywhere from half an hour to overnight to get the finish. 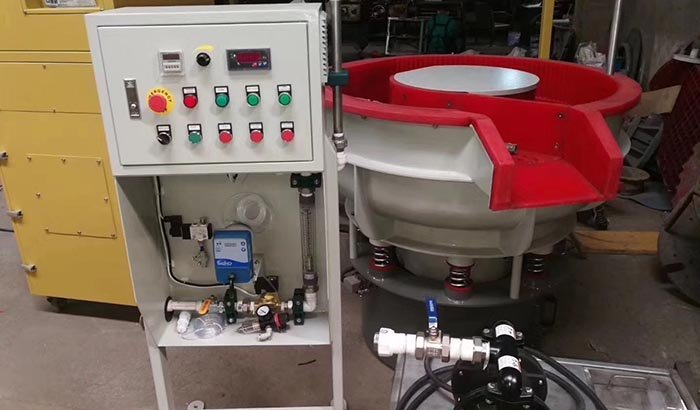 When you purchase equipment, it recommended considering not only suits your needs but also from someone who meets all statutory industry standards.

It would be best if you looked out for these usual customization options:

When electronic parts are involved, is not the best option to choose expensive and intricate machine.

Mass finishing is a simple process, and the machine needs to be as simple as possible to avoid malfunctioning.

It’s important that you look out for equipment that is ISO or CE certified.

The supplier should also provide documentation for every part.

3 phase electricity: 380V, 460V or 480V is best for running vibratory finishing equipment because it is safe and grounded. First-time users are advised to take help of expert electricians.

Vibratory finishing is a simple process but needs thorough understanding.

Many considerations come into play.

A personal investigation into vibratory finishing equipment can save a lot of time and resources in your journey down the line.